The Lava Hound is the newest troop in Clash of Clans. It is announced in the September 2014 update.

Supercell announced the lava hound as tank unit, it will attack the nearest air defenses and acts like a flying golem. It does have massive health but does low damage. It can be used as distraction just like the golem.

When the lava hound is destroyed it will explode and does splash damage after that it splits in small lave pups, the lava pup act a bit like a minion. They have low health and do low damage.

When they are level 3 they have the highest hit points in the game: 6.700! They take up 30 spaces in the army camp.

Defending against the lava hound 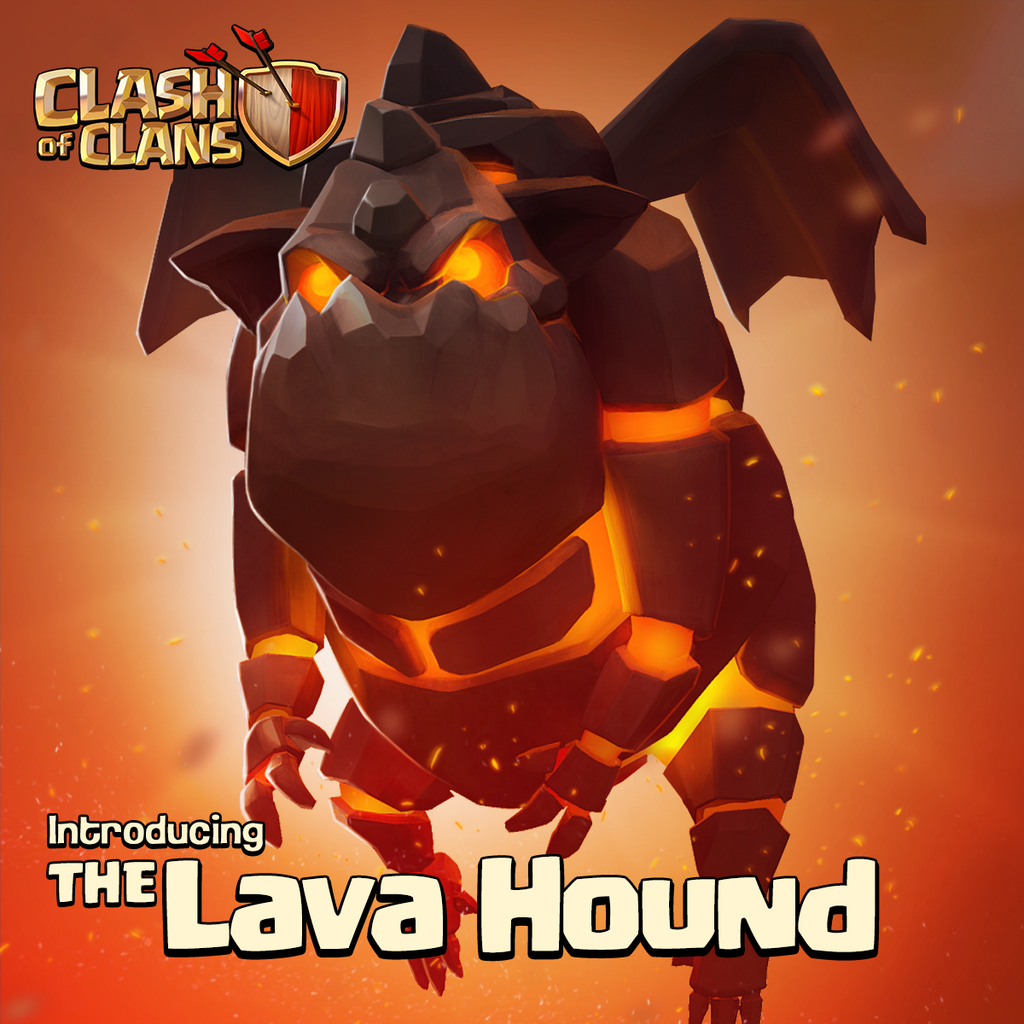