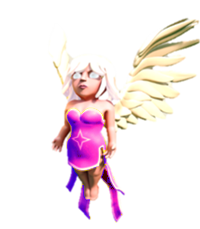 The healer, does as the name say. Heals your troops during an attack. If used in defense she heals the clan castle troops or attacked buildings.

The healer only heals ground troops, not the flying troops like the dragons or balloons. The healer will heal the troops that are damaged. When all troops are of full health she will heal the nearest troop. Although this has no effect.

Appearance of the Healer 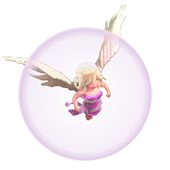 Fun Facts about the healer

This video explains the ultimate healer with Giants strategy. With this strategy you will be able to attack much bigger villages then you expect.