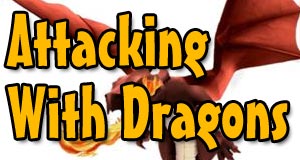 How To Attack With Dragons

This guide is for players who are th7 or th8 and want to get better at attacking with dragons. Especially in clan wars dragons are a good way to 3 star a base for th7 and th8 players. There are a few advantages and a few disadvantages.

There are alternate attack strategies like the giant-healer strategy, hogs or other ones. But with giant-healer it is hard to 3 star a base and hogs cost a lot of dark elixir.

In this video you will be told step by step how to attack with dragons in clash of clans.

Step 1. Finding the right base

It is important to find the right base to attack with your dragons. Not all bases are good enough to attack. What you will be looking for is if the air defense is clustered or on the edges, this is both good. Evenly spread out air defenses are bad for dragons. Other defenses like the archer tower or wizard tower do to minimal damage to threaten your dragons.

It is also important to look for a way to lure the enemy’s clan castle troops out. 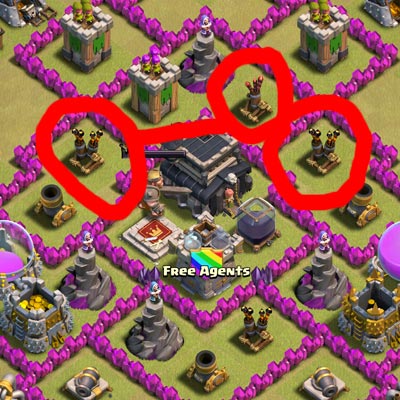 Example of a clustered air defense which is good to attack. 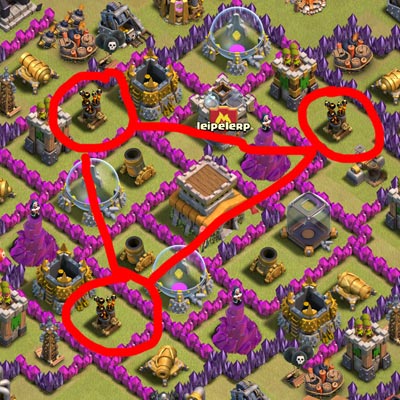 Example of spread out air defense. Dragons are weaker against this bases.

When you are town hall 7 or 8 you should have 200 army spaces available. If not, be sure to upgrade them as fast as possible, it is the most important upgrade to make! Your army should look like this:

Step 3. Lure out the clan castle troops and heroes

Lure the clan castle troops out by placing a barbarian close to it. When the troops are out lure them to the edge of the map with some more barbarians. When the heroes and clan castle troops are in the corner out of reach of any defenses you deploy your Barbarian king and archers to destroy them. You can deploy an extra dragon to help them, be sure to lure the troops to the corner you want to start the attack. 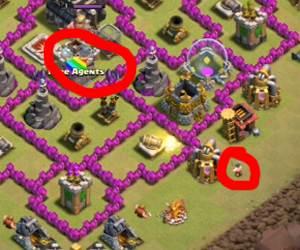 1. Lure the troops out 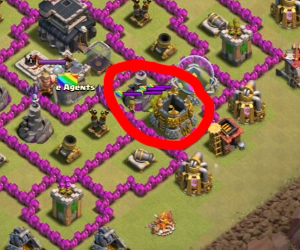 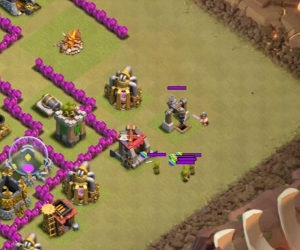 3. Lure them to the edge 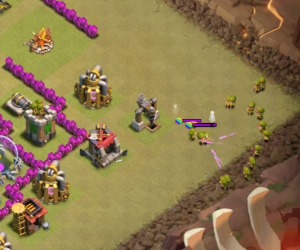 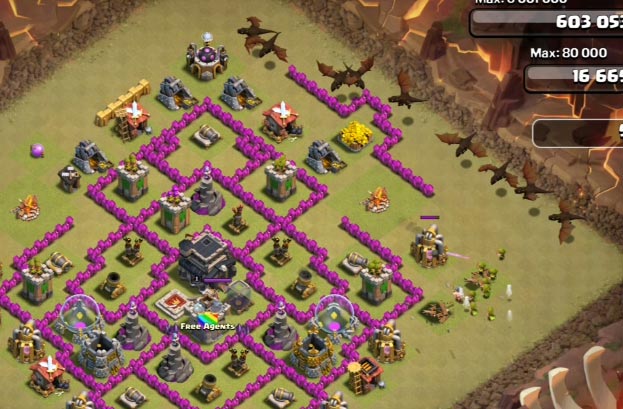 Spread your dragons in a line 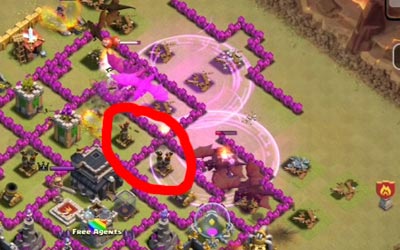 1. Use rage spells when close to air defense. 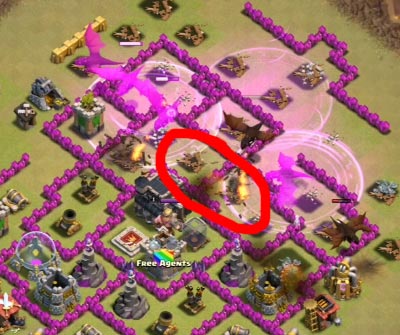 2. Take the air defenses out.

If you follow these steps and practice a bit you will notice that you can 3 star almost every base up to some th9 bases while you are th7 or th8. Offcourse this strategy works the best with high level dragons and rage spells. Make sure to upgrade them to the max levels. It is also necessary to have 200 army places available. An upgraded Barbarian King is also handy.