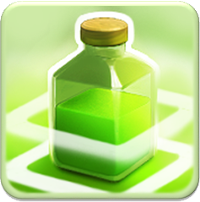 The jump spell makes troops jumping walls. This can come in very handy to quickly get your troops where you want them without putting down walls first. All ground troops can jump walls with the jump spell, even the heroes. The jump spell haves 2 levels:, the level 2 last double the time. It doesn’t matter which level the wall is.

The jump spell is only effective if used near walls, otherwise the spell has no effect. It also works on double or triple walls. If you place more then 1 jumping spell in an area it has no extra effects.

It is wise to break the outer walls with wall breakers and use the jump spell to help your troops jump the inside walls. Sometimes there is a great deal of gold or elixir in a few tanks that are behind walls, your precious goblins can go in one line the it using the jump spell.