In this th4 war and trophy layout we use the mortar in the middle of the village as main defense against barbarians and archers. The hit point defenses (cannon and archer tower) are placed on the outer ring to attack the giants and wall breakers. The Gold storage and elixir storage are placed between the walls to protect your valuable resources. The town hall is also in the center.

All other buildings that aren’t needed for defense are placed outside the walls. These are for slowing the troops down while the defenses can do their work.

The th4 trophy and war base 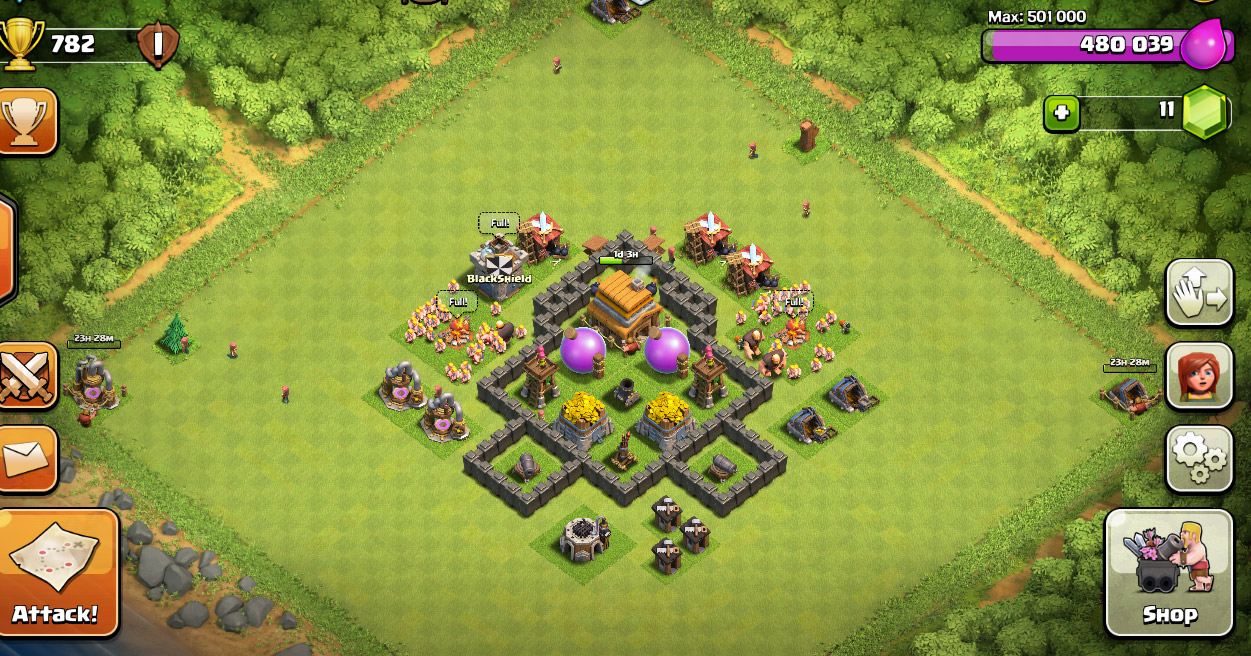 TH4 trophy and farming base