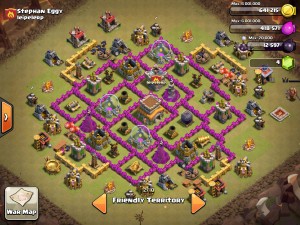 This town hall design can withstand most attacks with dragons, giants and other troops. This design uses funneling to attract giants to the traps, while they are heading there the splash damage defenses give them the full load!

This show the th8 clan war base in it’s full glory. The town hall is placed in the center with the clan castle right next to it. This way your clan castle troops will engage, no matter from which side you are attacked.

The resources all placed outside to give a layer for attacking barbarians and archers. The giants are attracted to the cannons and archer towers which lure them to the well placed traps. 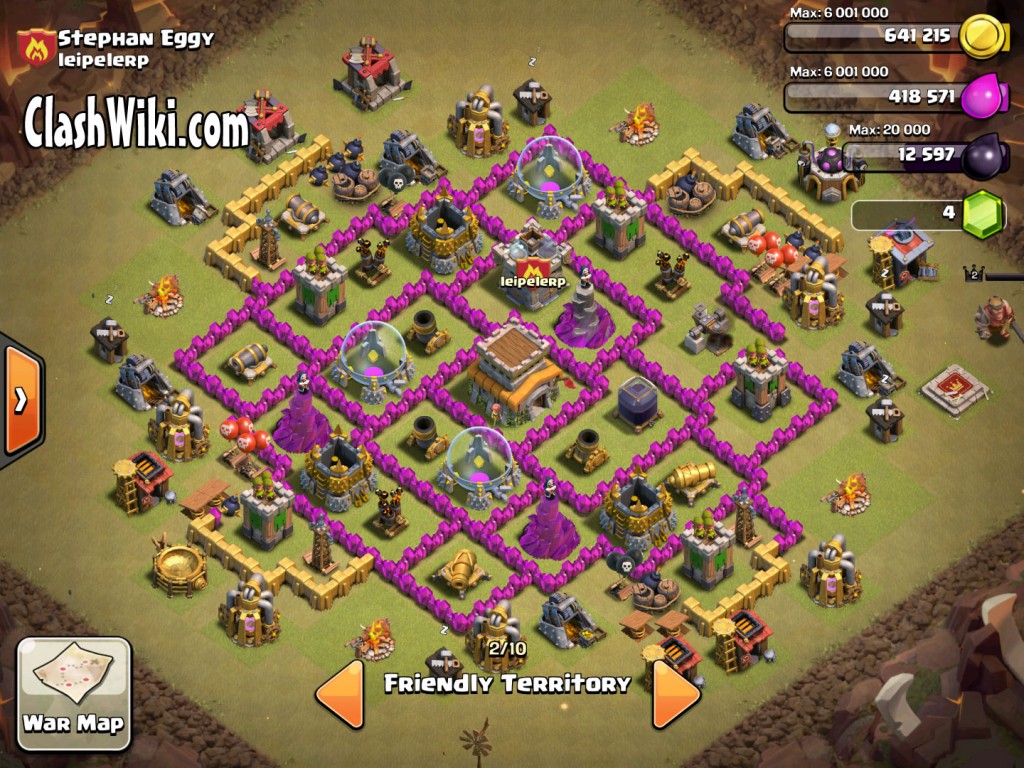 The layout without any buildings. 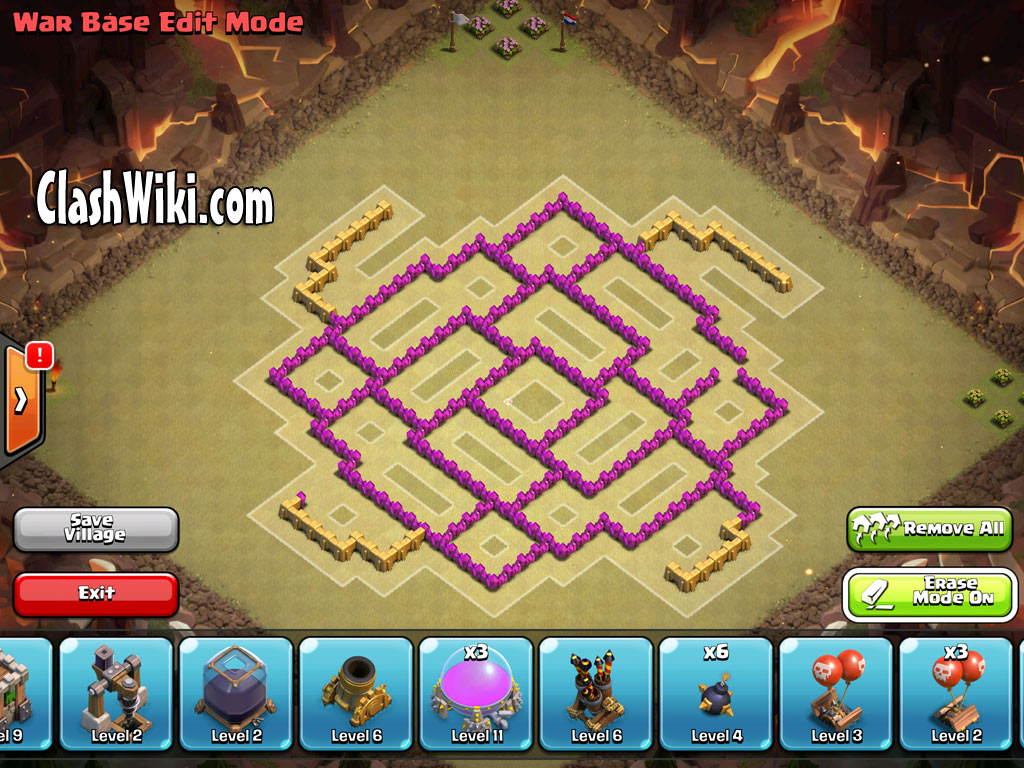 Th8 Clan war base without traps 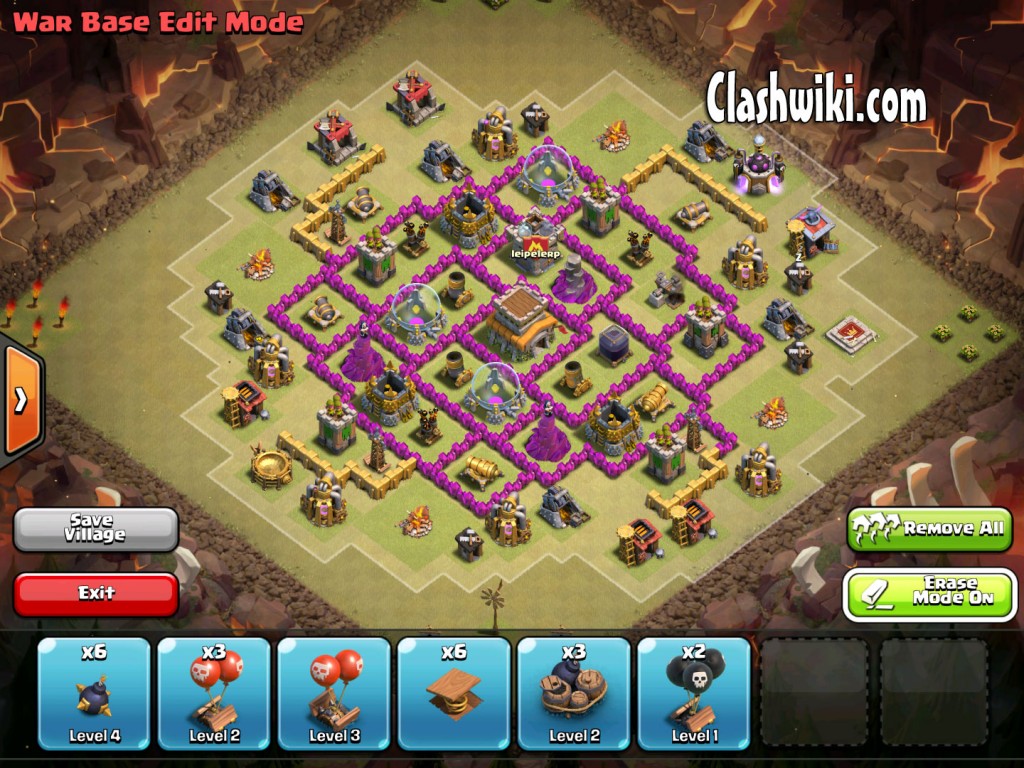 th8 clan war base no traps

Only the defense and inner buildings

Please let us know what you think of this base! 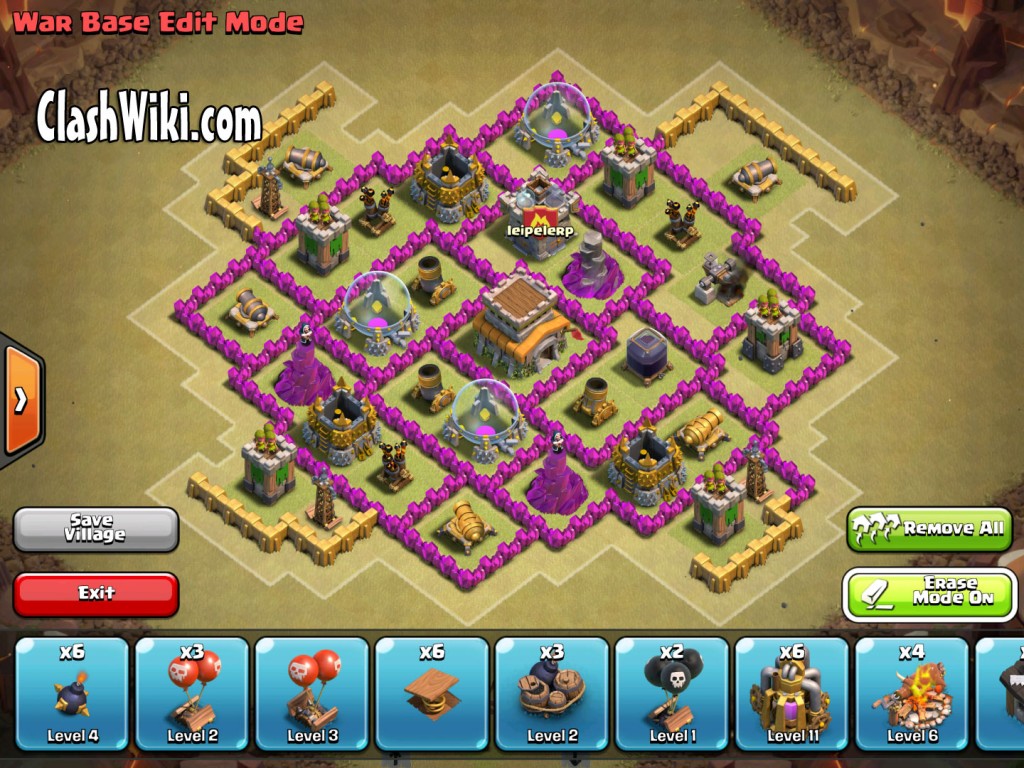 th8 clan war base no extras