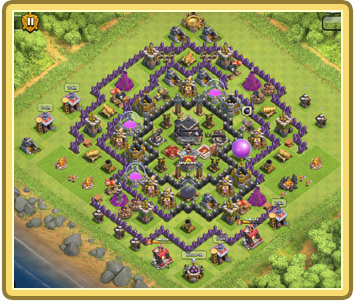 This TH9 base design is special made for the clan war. This TH9 clan war base is anti hog. You won’t get 1, 2 or 3 starred with hogs only. This layout features rings which attract the enemy troops going after the defenses. This gives your x-bows, hidden teslas and other defenses max time to attack them.

See the base design in action!

TH9 Clan War Base in Game

This shows the base in action. The base is anti hog. But it is also nearly impossible for the attacker to get 2 stars at this base. A full clan castle is required. The troops are funneled around the base, distracted from the core where your main defenses and town hall are placed. Your heroes and clan castle troops aren’t lured out easy. 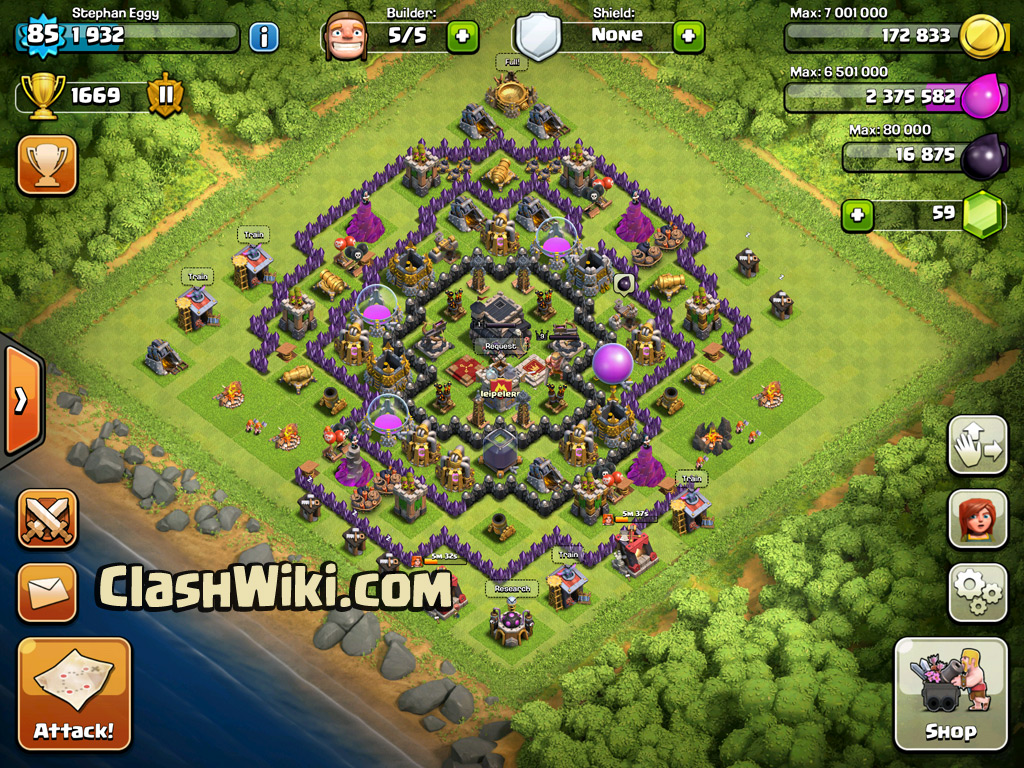 TH9 Clan War Base In Game

The layout without any buildings, only the walls. 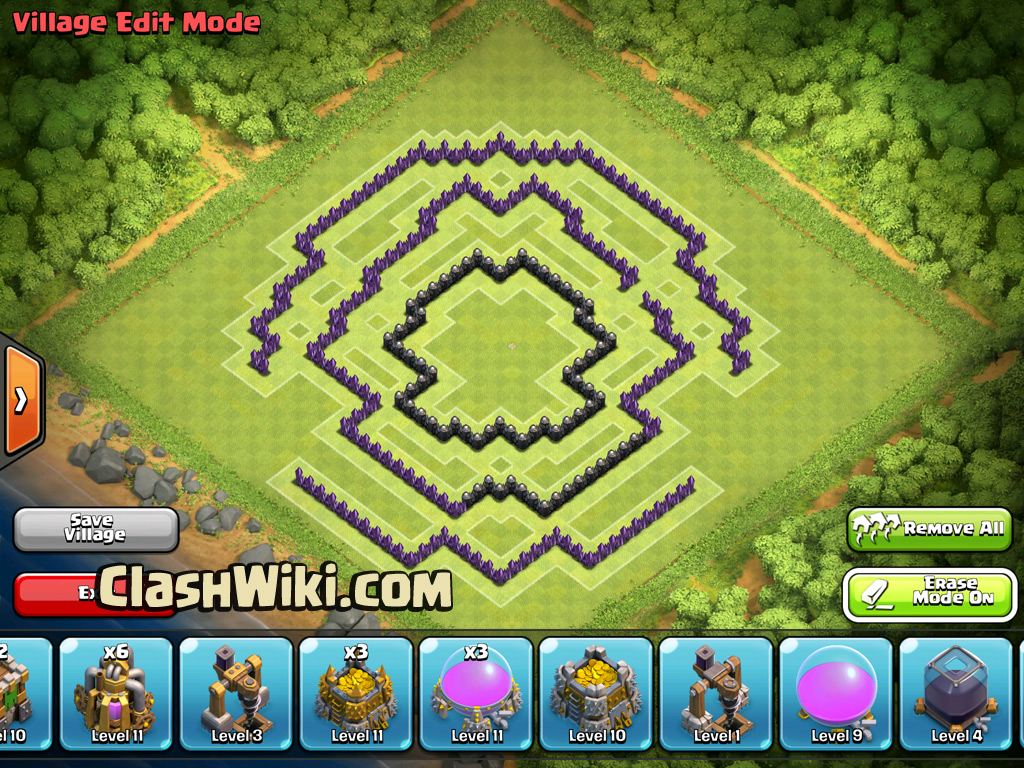 TH9 clan war base, only walls.

The base with the center filled 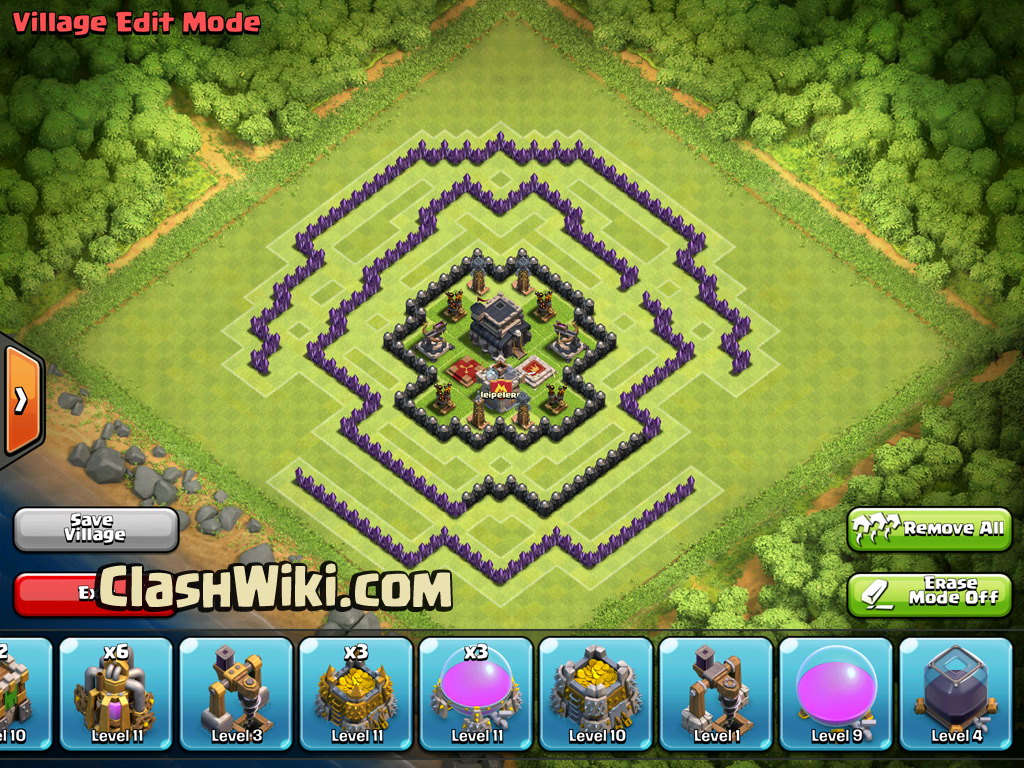 The center ring filled with the heroes, clan castle, x-bows, hidden tesla’s and the town hall. 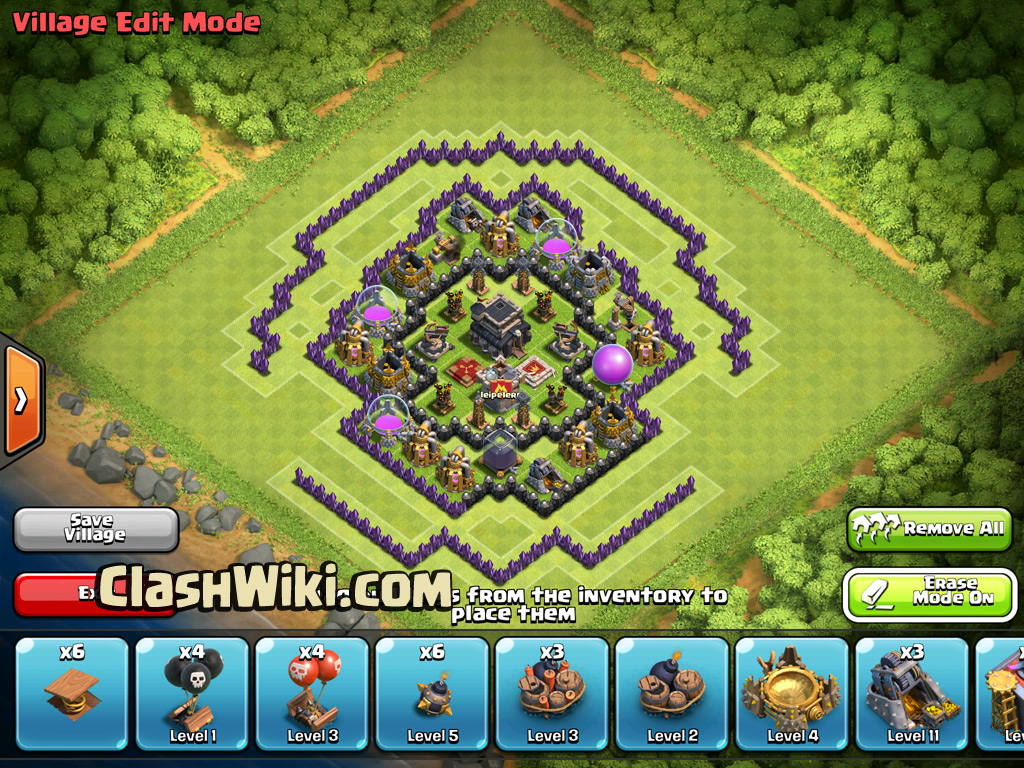 The second ring filled with storages and collectors.

The third ring filled with defenses 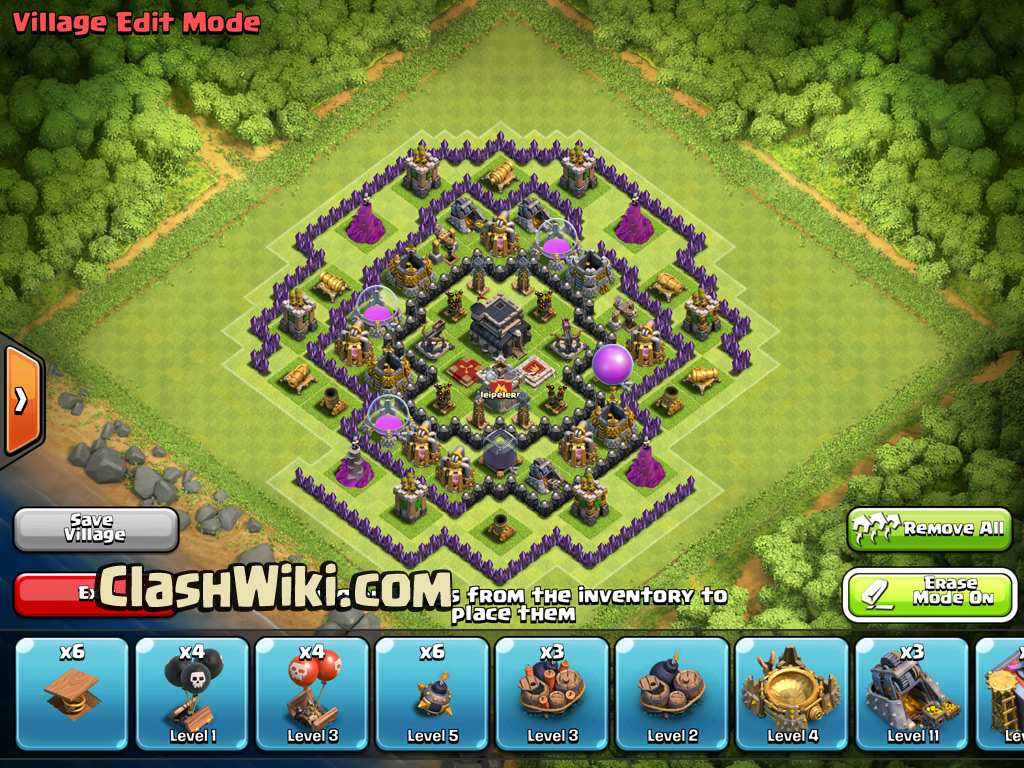 The third ring of the th9 clan war layout filled with defenses.

The base filled with all buildings, the surrounding buildings will make sure the attackers troops will get to the traps. 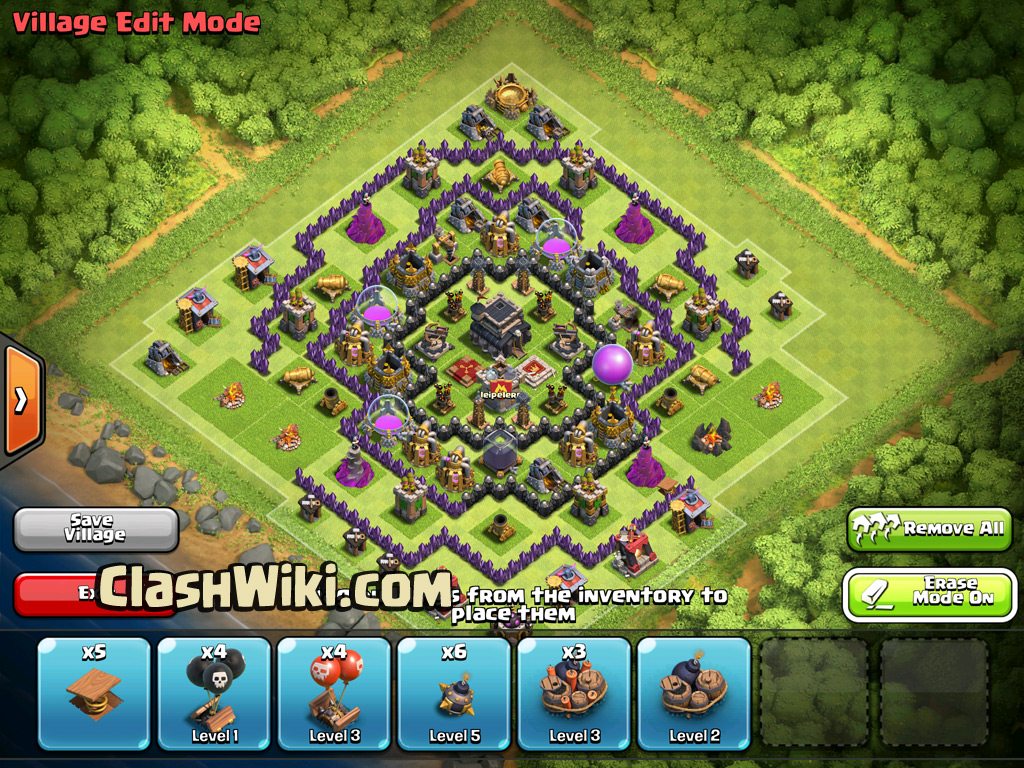 The full war base with traps.

Switch to TH9 Farming base

2014-10-17
stephaneggy
Previous: Play Clash of Clans on your PC with Bluestacks
Next: Attacking With 25 Valkyries