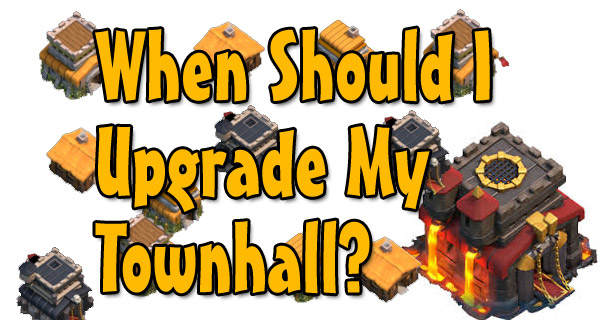 when should i upgrade my th?

When should I upgrade my TH?

A lot of players are questioning whether to upgrade their town hall or not. With this guide we want to show you the pro’s and cons of upgrading your town hall early or to maximize your base before upgrading.

Upgrade early or maximize base?

To be short: don’t rush your town hall! By a rule of thumb it is always better to maximize your base over rushing your town hall. Some players go quickly to town hall 8, 9 or 10 to have more defenses or even the x-bow or inferno tower. This looks like a good idea because they are great defenses. But beware, if you rush. Your other defenses are still at a very low level so you are very easy to raid. Yes even with that shiny x-bows! You stand no change against well developed th’s of the same level. Even developed bases with th’s 1 or 2 levels lower can and will try to raid you.

This is a typical rushed base: th10, poor defenses, low walls and a really bad base layout.

There is a loot penalty when you attack other villages, if you attack villages with a lower th level you can get less loot then th’s with the same level. Your rushed high level base doesn’t have upgraded troops or large army camps so you are forced to raid lower th’s. This makes you vulnerable for the loot penalty, this is a big thing. There are plenty of examples where users gemmed to th10 and then came aware of this penalty. It is often better to start over and take your losses then to continue and try to recover by upgrading all buildings. If the difference is too big this takes ages due to the loot penalty. The loot penalty is as follow:

Other players will laugh at your silly base. A high level shiny town hall with almost no upgraded buildings. It looks very silly to have a th10 with no purple wizard towers or small cannons and archer towers.

You will get much attacks, even from lower th’s that are well developed. Believe us: you stand no change. Because of the loot penalty system they always are able to steal the maximum amount of loot.

When you rush your town hall with gems or by saving gold for it you don’t have the time and resources to upgrade your barracks so you will not have many high level troops. You also don’t have time to upgrade your troops so the troops you have are relative weak. But you also don’t have the resources to upgrade your army camps. It costs gold to find matches, due to the loot penalty described above you don’t get much so it is hard to find the right bases. It also cost elixir to build troops, most likely your elixir pumps are not upgraded much and you can’t get a lot of loot so you must save elixir to build troops which cost extra time.

The result of all is: 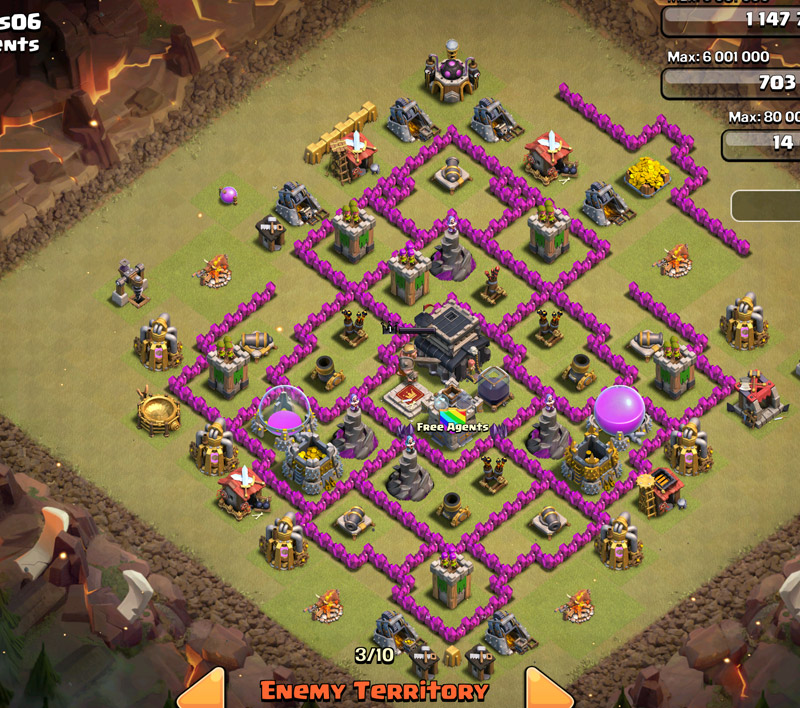 Have you seen those bases with a red th and metal walls? It is ridiculous. They need only 1 wall breaker to break thru.

Maximize or go a bit earlier?

Although the standard advice is:  “If everything is upgraded to the max, upgrade your town hall.” Some players go a little earlier to the next level.

Take a th8 for example where you only need these upgrades for a max base:

Some players will upgrade to th level 9. That way they can keep all builders busy with the upgrading of buildings, let the research go on and upgrade a few walls between. This gives them more room to spread out the resources and keep everything busy. 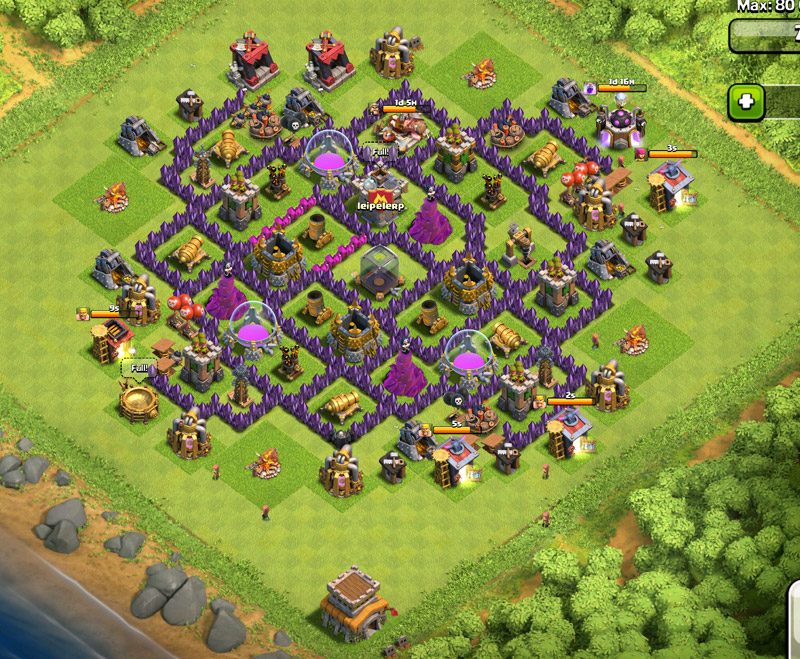 This is an example of a th8 base that is going great. Defenses nearly maxed, other buildings maxed and good research. Only the walls need one more level.

How to recover from a rushed base

It is possible to recover from a too high th level base. But beware, are th10 or th9 with almost no upgrades? You will find it easier to restart. Just take your losses and start over. That way you can loot way more and you will actually grow back faster.

If you skipped just one level you can keep your base and set it straight. Make sure you have all the builders huts, it is wise to buy the last one. The best way is to spend your loot as fast as possible to keep your village from being raided. Try to keep that workers and research center busy all the time.

You will need to loot all the resources you need so make sure you pick a good attack strategy. The barch or bam strategy is ideal for this.

It is hard to recover but it is possible!